Click Here to view the Fair Week Calendar of Events 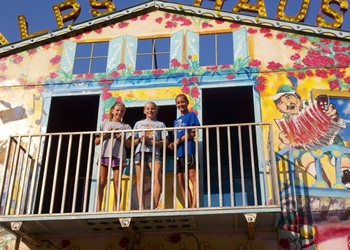 The Harrison County Fair is located in Corydon, Indiana.

1860: The 1st Harrison County Fair was held in September.

1896: A train wreck of two large, worn out locomotives was staged as an added attraction.

1906: The first automobile, an air cooled Richmond, was driven to the fair.

1909: The 50th Annual Harrison County Fair was held and the Homecomers Hall was erected.

1914: With the advent of electric lights the night horse show was held.

1917: The Ferris Wheel arrived for the first time. 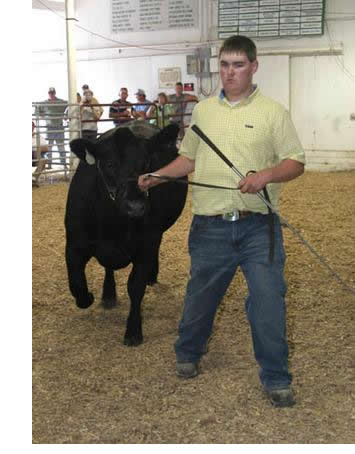 1925: A new feature called the "Gosset's Bucking Ford" was presented by members of the Gosset Circus.

1929: The Queen Contest was added to the Harrison County Fair and the Stock Market crashed.

1932: George and Martha Washington were highlights of the Colonial Pageant.

1957: The Grand Ole Opry was the largest grandstand feature for the week.

1961: The grandstands burn and a new one was erected.

1963: The Re-enactment of the Battle of Corydon Centennial opens the fair.

1966: "Shingdig-Record Review of Stars: A real Go Go Show" was presented Thursday night. The public had the chance to meet and dance with the stars of the popular T.V. show.

1972: Dolly Parton and Porter Wagoner performed at the fair.

1976: The first tractor/truck pull was held at the fair.

1995: Monster Trucks were the grandstand show on Friday night.

1997: The Flood of '97 brought great distress to the Harrison County Fairgrounds.

2004: New seats were installed on the grandstand.

Information for time line provided by Historical Society of Harrison County and The Corydon Democrat.